Gyulbubaghian’s Nebula (pronounced gyool-boo-DAH-ghee-an) is a Herbig-Haro object (HH215) – a variable bipolar nebula generated by the shock waves from the variable star PV Cephei. As a reflection nebula it does not emit light of it’s own but is illuminated by the nearby star. It has also been observed to fluctuate rapidly in brightness.

A request from the Deep Sky section of the BAA alerted me to the possibility that this object was currently very faint and I decided to image it using the GRAS-1 telescope to confirm this.

The result is shown here, the nebula is marked by the intersection of the two lines. The image is in negative form as this makes the nebula easier to see. Five 180 second  exposures with a photometric V filter reveals that it is very faint at the moment but large, rapid fluctuations in brightness have been reported before so I shall return to this in the near future. 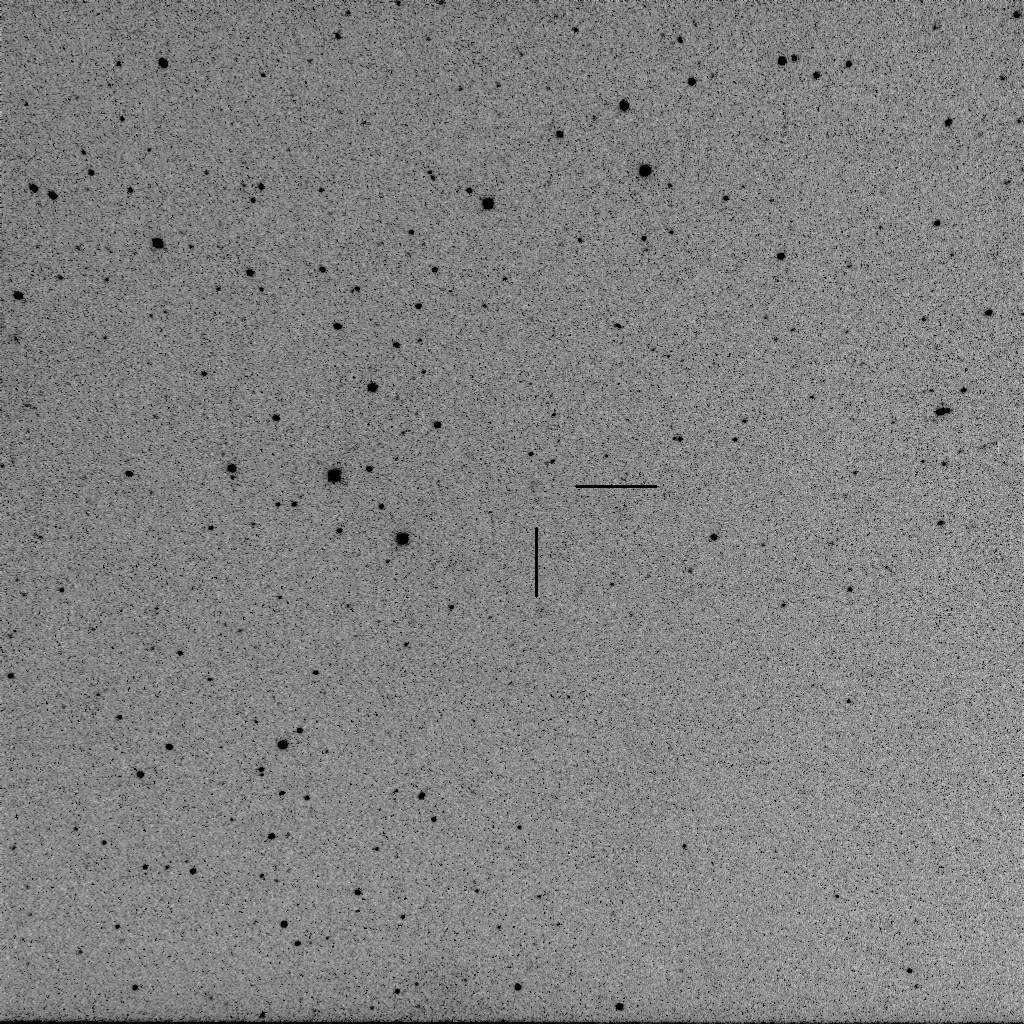 For my next attempt I will try and use more exposures to reduce the noise level in the picture. As usual, clicking on the image will show the full size version.

Boxing day was clear and bright which continued into evening so a visit to the observatory was in order to take some more footage of Venus (pictures to follow, hopefully).

Once Venus had set then I switched to the Canon 350D  as the sky was beautifully transparent (a truely rare occurance this year!). I had some problems with the EQ-5 mount as it wouldn’t align, seemingly unable to locate Vega during a single star align. Giving up on this I manually aligned it on Orion for some pictures of the nebula. 15 30-second exposures at ISO 800 are combined for this image. 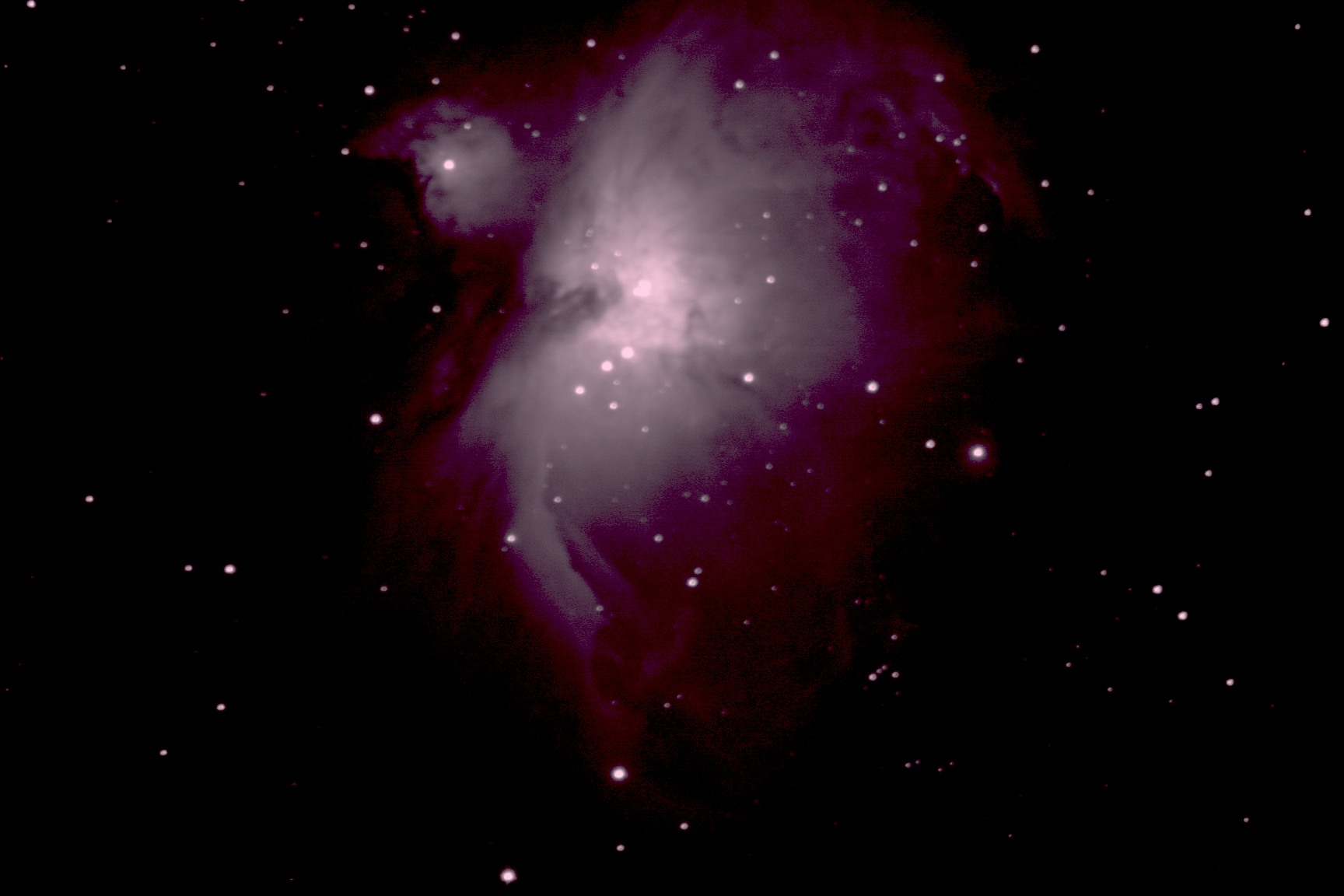 After a pretty fruitless evening trying to image Venus with the webcam on the club Celestron 9.25″ I fitted the Canon 350D instead and took this picture of the Ring Nebula in Lyra. 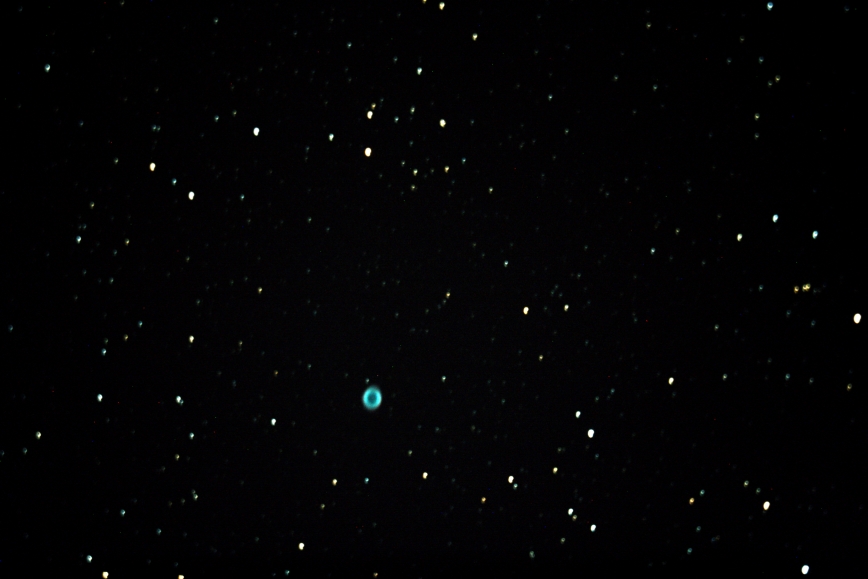 Not a good image as it’s out of focus and the stars have trailed slightly, but it’s still an amazing sight. This is the result of a single 60 second exposure.

M57 has a white dwarf star at the centre which has shed it’s outer layers towards the end of it’s life, forming a Planetary Nebula. Despite the name, these have nothing to do with planets, the term was coined by William Herschel in 1785 as in his telescopes they looked like small faint disks of light.

The Tarantula Nebula is a region of star formation in the Large Magellanic Cloud, 900 light years across. At the centre is a group of hot young stars, the stellar winds from which have shaped the nebula.

This is a single 5 minute exposure using the one shot colour camera on the GRAS G-13 telescope. 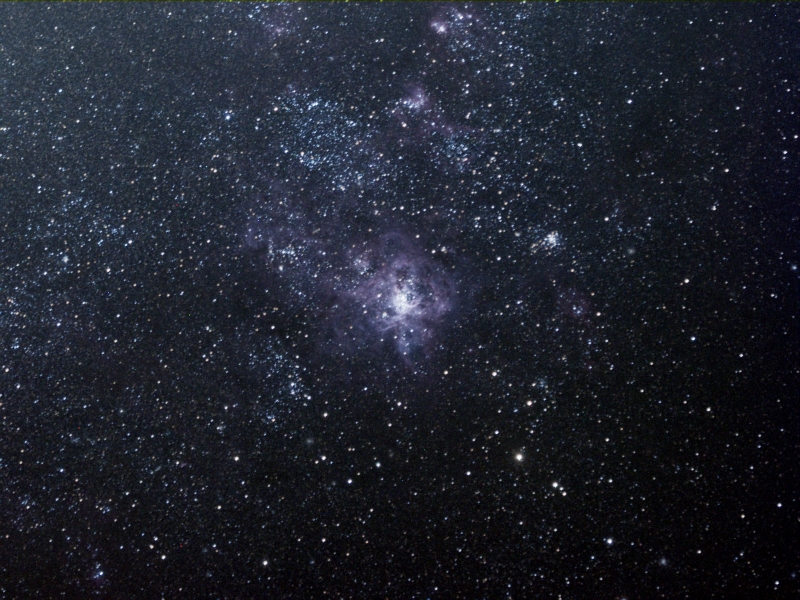 As promised, and in no particular order, here are the remaining pictures from my rent-a-scope trial: